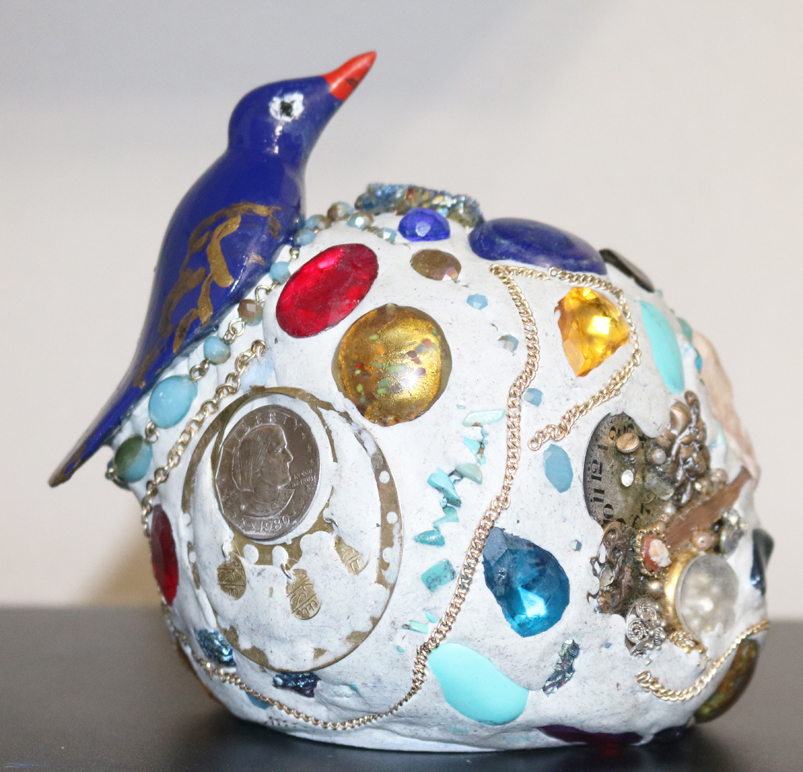 I just got a load of new Epoxy Sculpt–direct from the Maker–And it was raining gently. What a crazy time to try something a little different—So I have this basically square wooden finial , a little larger than the one I usually use, and I decided to make a larger “Mushroom”. And off go. I prepare the finial and I guess at he amount of Epoxy (wrong– too much) and I did not take into count the humidity. It was not long before the Epoxy became like quick sand, devouring what I was placing into it. Two hours later I was still fighting it and it had taken a floppy shape of its own. Well the average “Mushroom” weighs just about one pound—this weighs almost three pounds and has way too much money tied up in the crystals, etc—many buried and no one will ever see them again. I am not going to do that again! I dodged a bullet by waiting until it had almost set up, the I gently added some small chains and other light items, placing them gently onto the Epoxy.—Oh yes, The bird was finished by me in 1-Shot enamel and was placed onto the “Mushroom” adding before the Epoxy. 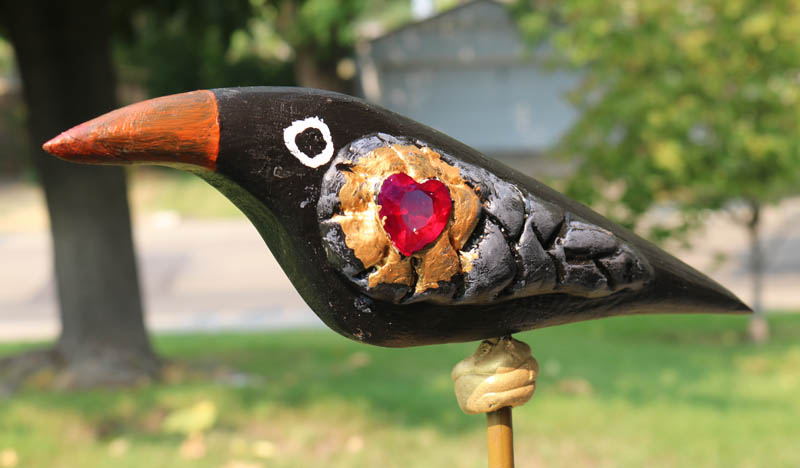 A Crow With a Heart

Swaying Merrily in the Breeze