“Alicia”–one of my first attempts at painting

HomeBlogUncategorized“Alicia”–one of my first attempts at painting 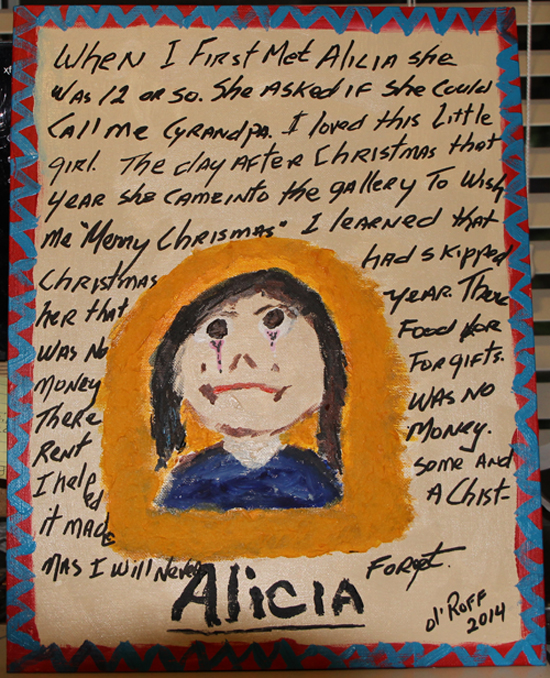 Alicia was 12 or 13 years old when I first met her. She would come into the gallery and just hang out. (The gallery was a safe haven for both gangs, the Reds (Norteno) and the Blues(Soreno). Alicia’s family was extremely poor–probably illegals from Mexico. Her father was a alcoholic. her brother was a member of the Blues.—Alicia, even at that age, was in love with Miguel. Miguel. about 15 years old already was a mean-heavy hitter for the Red gang. The two kept it a total …secret. A hellish war would have broken out between the rival gangs. I kept their secret.—End of story–I got very ill and lost track—but a couple of months ago I learned that Alicia ad became pregnant, quit school and was hanging with the Blues. –Miguel, who didn’t go to school had managed to straighten his life around and was driving a truck, working in the orchards. He was forming his on farm Labor Crew.—I sometimes miss the gallery–olRoff

Swaying Merrily in the Breeze